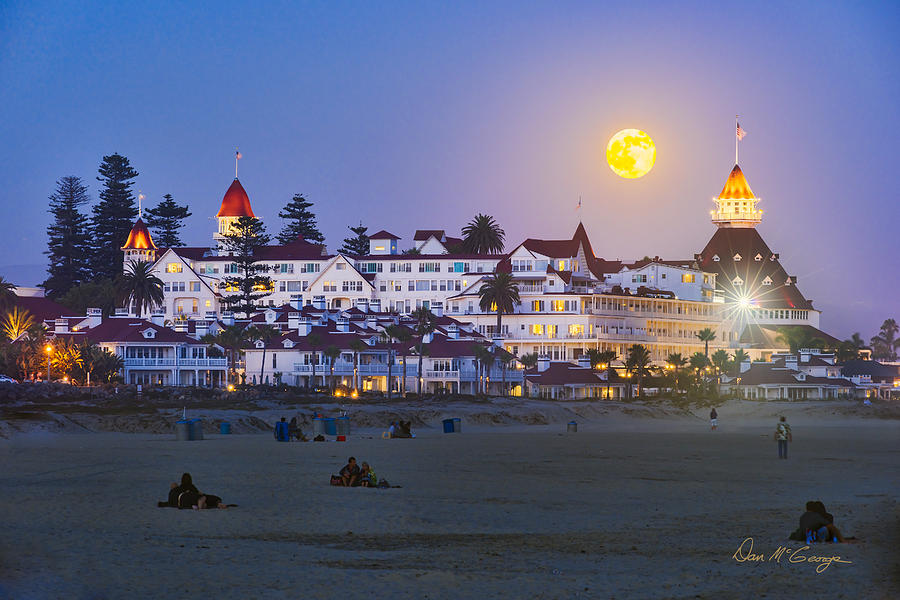 The term Super Moon is used to describe the occasional full moon that occurs at a time when the moon is closest to the earth in its orbit. This night such a moon rose above the beautiful Hotel in Coronado. Seen from the beach the sight was astounding, and beach enthusiasts who either expected such a magical sight, or just happened to be out when it occurred were treated to quite a spectacle. Some though, unaware, sat looking the other way. Hopefully sometime during the event they managed to notice everyone else looking the other way and then turned around to see it too. -Dan McGeorge