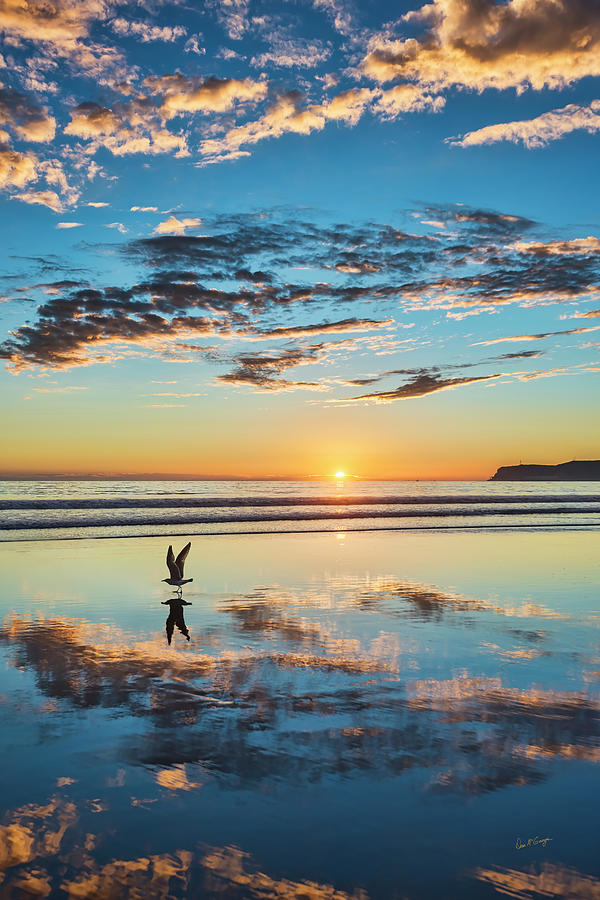 A storm had cleared leaving puffy clouds floating above the ocean. Calm winds kept the surf small, and in the quietness of this dramatic scene seagulls had landed, resting in the reflection of the sky. One by one they began to fly away until a single bird remained. Waiting and watching I knew the last gull would eventually take flight. As expected it alerted, began to move forward, and lifted its wings. I wish I could say my skill allowed me to capture this exact and stunning moment, but no. It was that touch of serendipity that sometimes adds the final element of a perfect moment. -Dan McGeorge

Congrats on your sale!

Thanks! I appreciate it.

Beautiful scene!! Congratulations on your sale!!

Thanks very much Bruce!