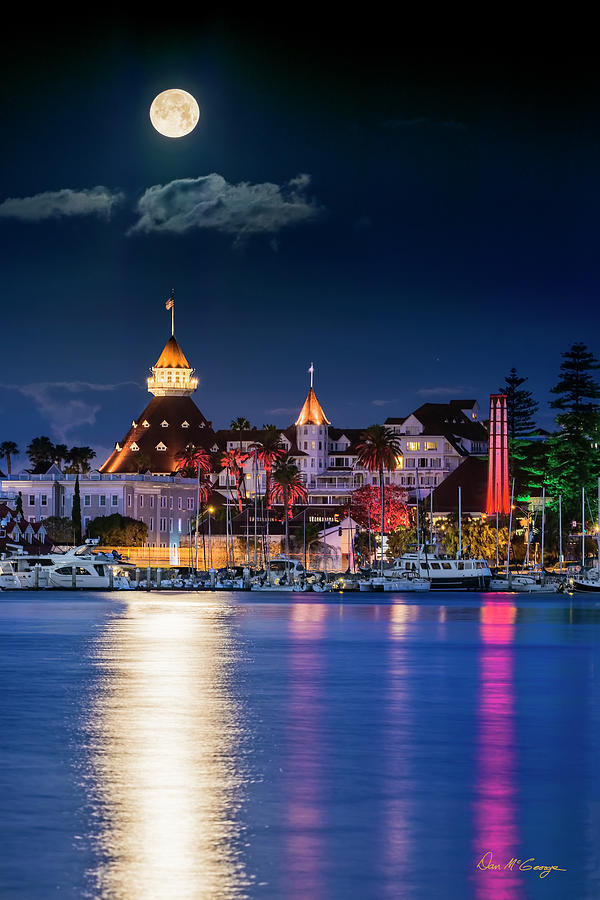 I rarely mention technical details about a photograph, but this one came out so interestingly I wanted to mention it briefly. This is a single frame, one photograph. The important thing is timing. It was taken just before sunrise when the night lights of the Hotel del were still on. (There are now red and green lights on the palm trees, which add an element of whimsy.) There was also enough light from the morning twilight to expose foreground elements nicely, but the setting moon was so bright it was tricky to get a single photograph with all the detail in it. That is where selective exposure control was needed to hold back light from the moon, while letting light on the foreground come through. Its an old film darkroom technique, called dodging, but done here at the time the photograph was captured. Thanks Navy School of Photography! -Dan McGeorge

Congratulations on your sale!